Last night we tried our hand at Vegan Vegetable Enchiladas.  The difference between these enchiladas and “traditional” enchiladas is the lack of meat and dairy.  We substituted both with vegan alternatives.  I’ll admit, the end result doesn’t look very pretty but it tasted amazing! 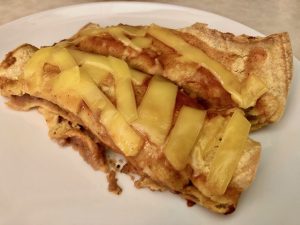 These are packed full of vegetables and have incredible flavor.  We replaced ground beef with chopped mushrooms, added additional vegetables, and used a vegan cheese that tastes very similar to provolone.  If you did a blind taste test, I don’t think you would be able to tell the difference! 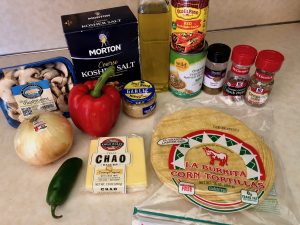 Start by preheating the oven to 350 degrees.  Spray a 9×13 baking dish with cooking spray.  Add about ½ cup of the enchilada sauce to the bottom of the pan and spread around.  I used canned enchilada sauce but feel free to use a homemade recipe if you have one. 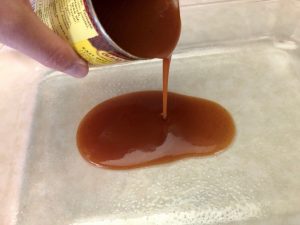 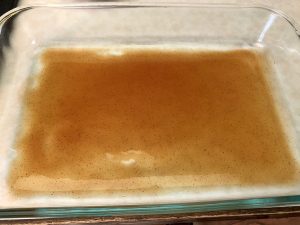 Next, chop your vegetables.  I like to do all the prep work ahead of time, so everything is ready once I start cooking.  I admittedly don’t care much for mushrooms but thought, why not try them in this dish.  They are mixed in with plenty of other items, so I won’t be able to tell the mushrooms are in there.  I may have chopped them super small too, so they were hard to find in each bite 🙂 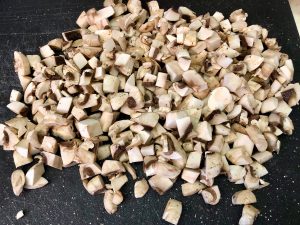 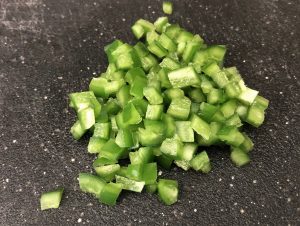 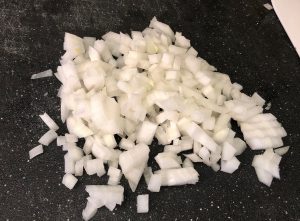 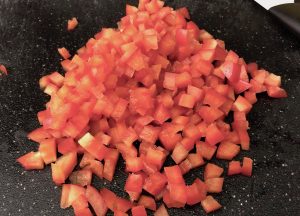 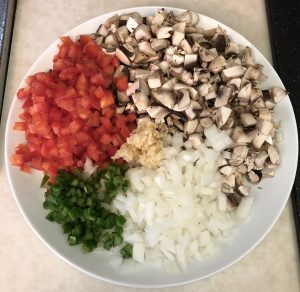 Heat oil in a large skillet over medium heat.  Add the mushrooms, red pepper, onion, jalapeno, and garlic.  Sauté for 10 minutes or until tender. 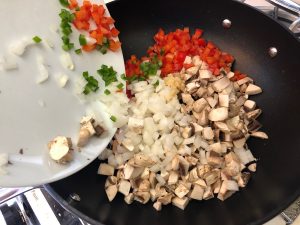 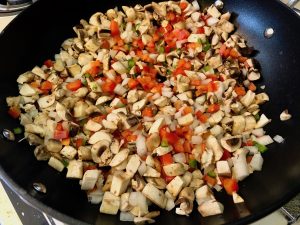 Turn off the heat and add the cumin, oregano, salt, and pepper.  Stir to combine and coat the vegetables in the lovely seasoning. 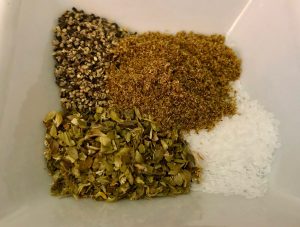 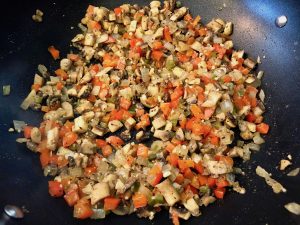 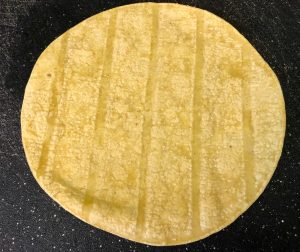 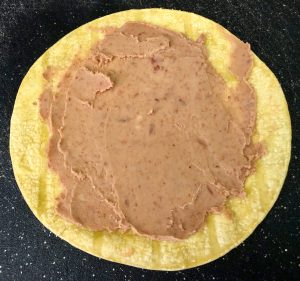 Next, scoop about 2 Tbsp of the vegetable mixture on top of the refried beans, keeping the vegetables in the center of the tortilla. 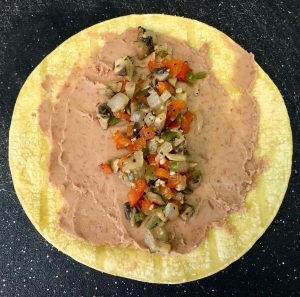 Top with a small amount of cheese and roll the tortilla to hold in all the ingredients.  Place the tortilla, seam side down, in the baking pan. 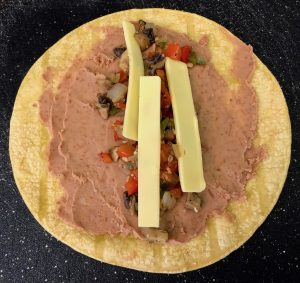 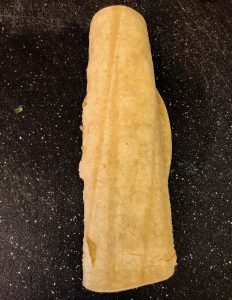 Repeat this process until you have 8 tortillas in the baking pan. 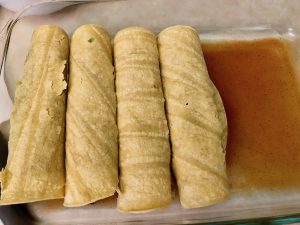 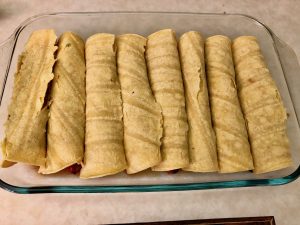 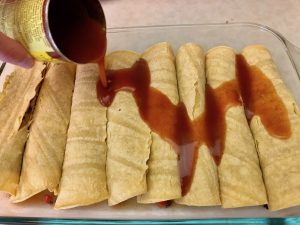 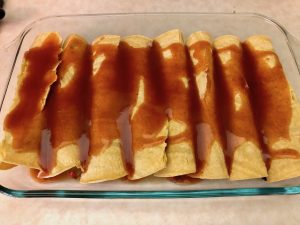 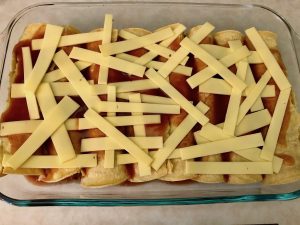 Feel free to use any vegan cheese of your choosing.  I like to use Vegan Chao Creamy Original.  I’ve only been able to find this cheese in sliced form, but I make it work for my recipes.  I slice the cheese into strips and use that to layer on the enchiladas (and also use inside the enchiladas).  I’ve found the cheese doesn’t get super melty while baking but it does melt slightly and has great flavor so that’s alright with me.  But again, feel free to use any cheese you like. 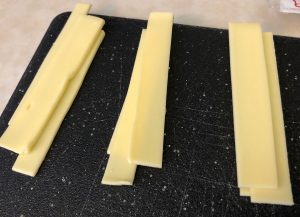 Bake the enchiladas for 30 minutes or until the cheese is mostly melted.  Remove from the oven and let cool slightly, then slice and enjoy! 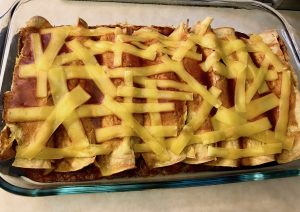 Cover any leftovers and store in the fridge.

What do you think?  Is this a recipe you would try?  I don’t think anyone in your family would object to this dish!  The enchiladas are filling without leaving you too full (we both ate 2 for dinner and weren’t uncomfortable afterward) but you could serve them with a side of rice or beans.