Every time I shop at Festival Foods I have to checkout the Meat Department because they always have a large assortment of prepackaged meal options. You can find bratwurst, burger patties, marinated chicken, pork chops, and much more. One of my favorite things to buy is Crusted Chicken Breasts. They are available in a variety of flavors and are easy to make for dinner because all you have to do is bake them. 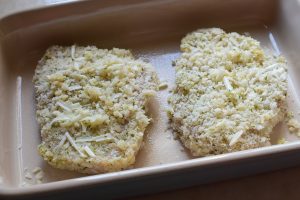 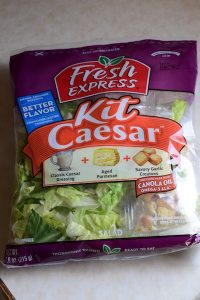 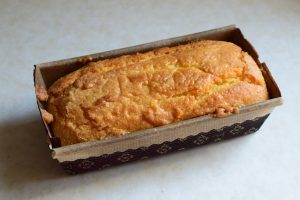 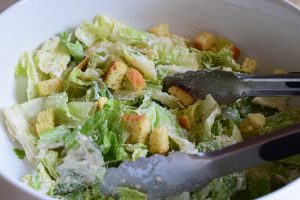 Corn bread is one of my favorite things to eat, plus it’s a great side dish, so I couldn’t pass up an opportunity to buy a loaf…or 3, but who’s keeping track 🙂 I heated the corn bread in the oven for about 5 minutes so it would be nice and warm when we were ready to eat. I wanted to use the corn bread for both meals so I sliced ½ for the first night and saved the other ½ for the second night. It’s tasty to eat plain but tastes even better with butter!  You can find the corn bread in the Festival Foods Bakery area. 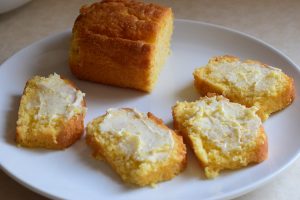 The chicken was moist and had great flavor so right now we have a winner for the taste test but we still have another flavor to try before officially deciding! 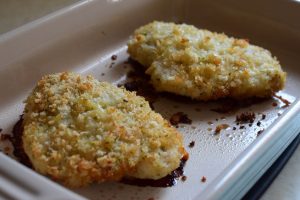 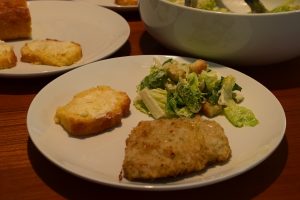 The second night we had the Tortilla with Cheese Crusted Chicken Breast with bell peppers and corn bread. I followed the same steps as before to make the chicken. Preheat the oven to 375 degrees; place both chicken breasts in a baking dish, cover with foil, and bake for about 35-40 minutes. 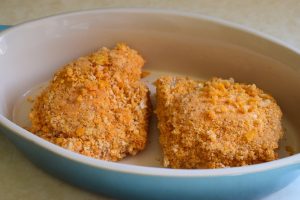 While the chicken was cooking I sliced bell peppers to have as our side dish. I had one red and one yellow bell pepper that I cut into bite sized pieces. I also used part of a green pepper leftover from earlier in the week. I seasoned with McCormick Perfect Pinch Vegetable Seasoning and cooked in a skillet over medium-high heat for about 10 minutes. I also warmed and sliced the other ½ of the corn bread. 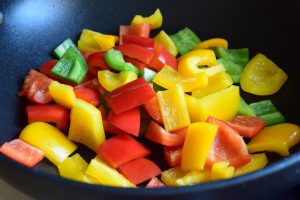 Time to eat! The chicken was delicious! Not only was it moist but the melted cheese added a bit of spice that was unexpected (but not too spicy). 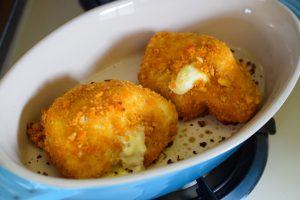 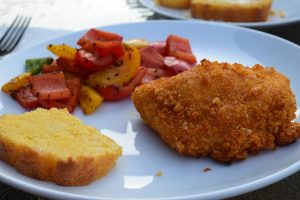