Loaded Cauliflower Soup is a perfect for a cold winter’s night!  It’s rich, creamy, low carb, and packed with flavor.  Let me walk you through the steps to make it. 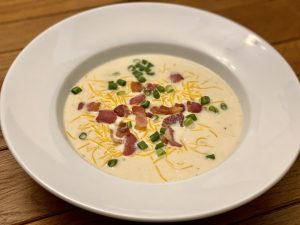 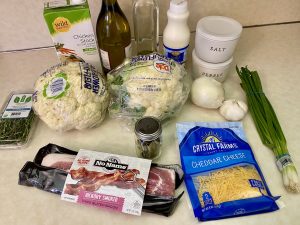 Start by preheating the oven to 425 degrees F.  Line a baking sheet with parchment paper.

Cut the cauliflower into florets and place the florets in a large mixing bowl.  Drizzle olive oil over the top and toss to coat.  Then, spread the florets into an even layer (single layer) on the baking sheet and season with salt and pepper.  Place 4-5 sprigs of thyme on top (place randomly over the top, not in a pile). 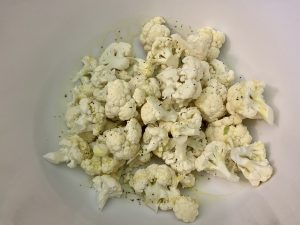 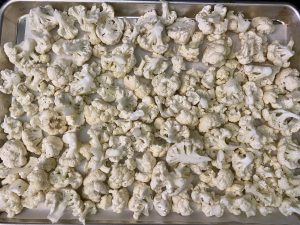 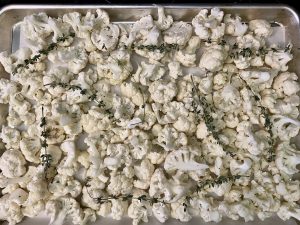 Bake for 20-25 minutes or until the florets are tender and start to turn golden brown. 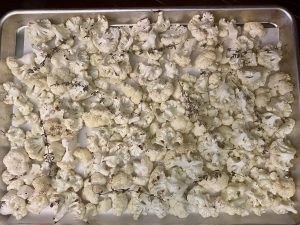 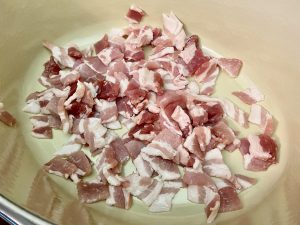 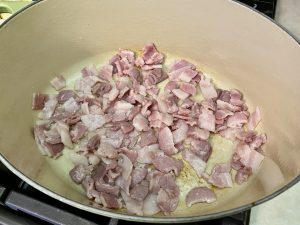 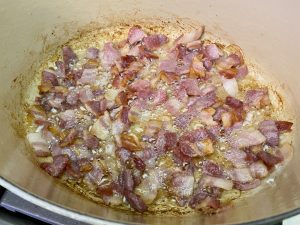 Remove the bacon to a paper towel lined plate to absorb some of the grease.  Do not discard the bacon fat – you will be using this for the soup!  If not pre-sliced, once the bacon is cool, chop into bite sized pieces.

Using the same pot or Dutch oven, add the onion to the bacon fat and cook until tender and translucent, about 3-4 minutes. 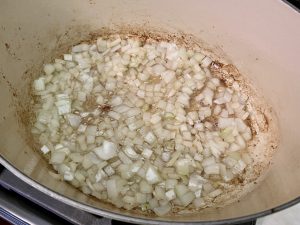 Add the garlic and cook until fragrant.  Then, add the wine and stir to combine.  You want to scrape the yummy stuff off the bottom the pan too.  The wine will help it unstick a bit.  Continue to cook until the wine is reduced by half. 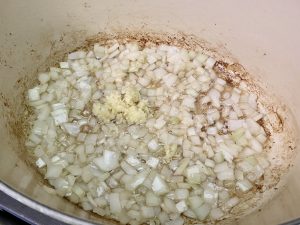 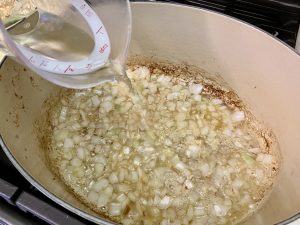 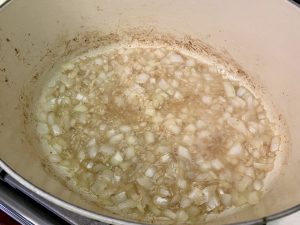 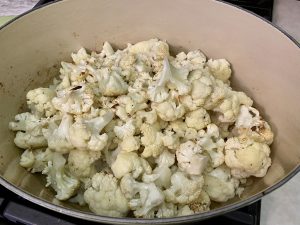 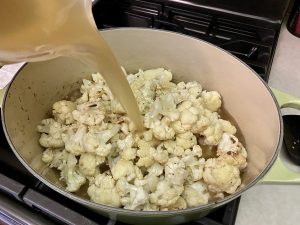 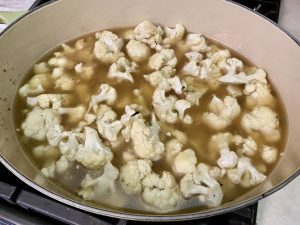 Add the bay leaves and 4-5 NEW sprigs of thyme.  Bring to a boil, then reduce the heat to medium-low, and simmer for 20-25 minutes or until the cauliflower starts to fall apart. 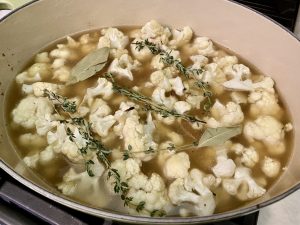 Remove the bay leave and thyme.  These can be discarded.  Use an immersion blender to puree the soup until smooth.  It’s OK if there are a few chunks of cauliflower left.  You are guaranteed to miss a few and I think it adds some texture to the soup when you get a bite of cauliflower here and there. 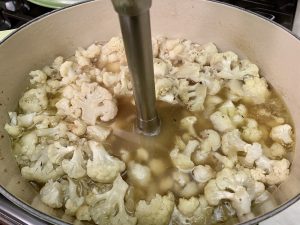 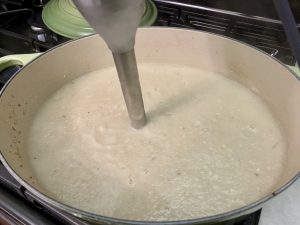 Season the soup with salt and pepper, to taste.  Add the heavy cream and stir to combine. 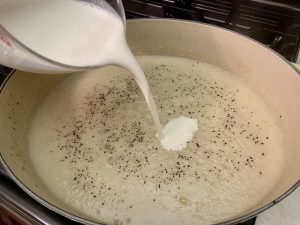 Ladle into soup bowls and serve warm with shredded cheese, chopped bacon, and sliced green onion on top.  You can also add sour cream, sliced jalapenos, chopped chives, etc.  Anything you think will pair well with the soup is fair game!  Enjoy! 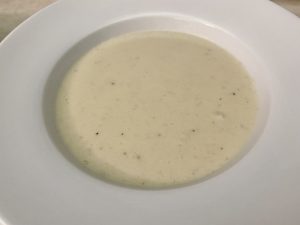 This recipe isn’t too complicated for a homemade soup, and you can do a lot of the prep work while the cauliflower bakes, so that will cut down on your cook time.  I hope you like the recipe as much as I did 😊