Monte Cristo Sandwiches are my new go to sandwich!  They are served warm, so the cheese is perfectly melted, the bread is toasted, and the meat just seems to be extra tender and juicy.  It’s not quite a panini, because you aren’t pressing the sandwich or grilling it, but instead you are baking it.  I like to use French Toast as the bread as well.  It adds a little extra something to each bite! 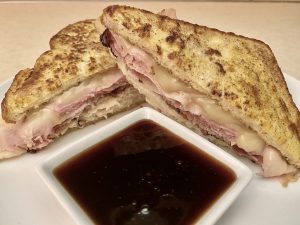 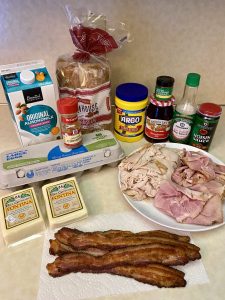 Start by cooking the bacon according to package instructions.  Set aside.

Preheat the oven to 300 degrees F and line a baking sheet with parchment paper.

Make the French Toast.  In a shallow dish, whisk together the eggs, milk, and cinnamon.  A pie plate or small baking dish works really well for this. 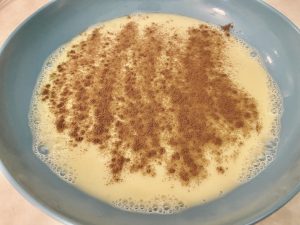 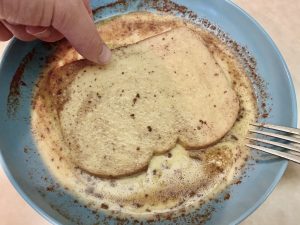 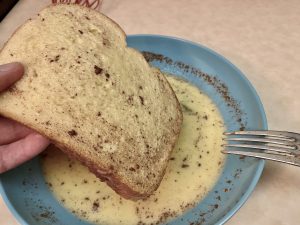 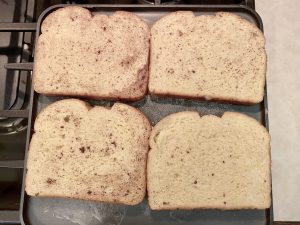 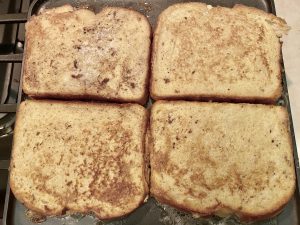 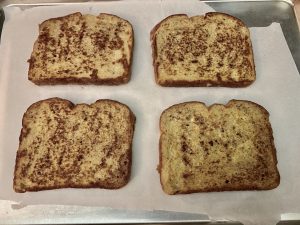 Place a slice of cheese on each piece of bread. 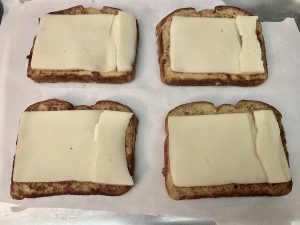 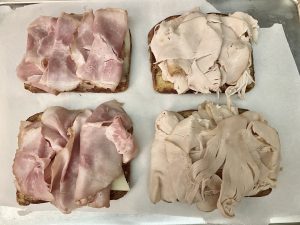 Place in the oven to warm the meat through and melt the cheese.  This should take about 5 minutes. 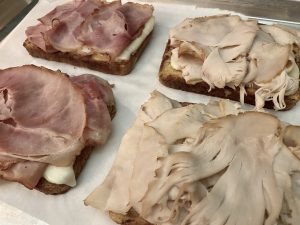 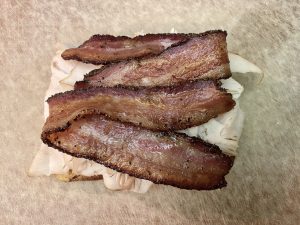 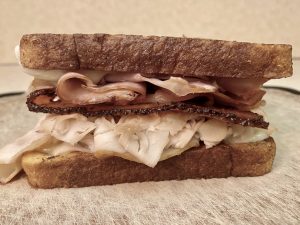 The next step is completely optional but something I highly recommend doing.  Fry up an egg or 2 and add to the middle of each sandwich so you get the runny yolk in each bite!  You could also whip up some scrambled eggs and use those as well.

Slice the sandwiches in half and place 2 halves on each plate.  We’re not quite done yet! 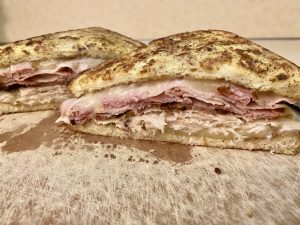 While the sandwiches are baking or while the bacon is cooking, make the strawberry dipping sauce.  In a small saucepan, add the strawberry jelly, hoisin sauce, soy sauce, and cayenne pepper (optional).  Heat over low heat and stir until combined.  Continue to heat until the jelly dissolves, about 4-5 minutes. 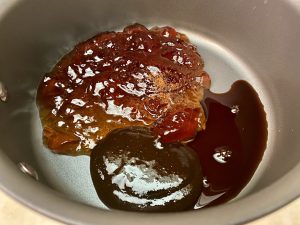 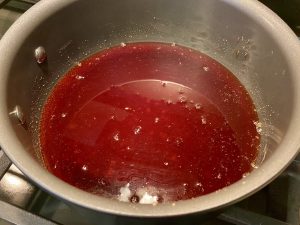 Add cornstarch and stir to combine.  Bring to a slow simmer and continue to simmer for 2-3 minutes.  This will help the mixture thicken.  Remove the dipping sauce from the heat and set aside. 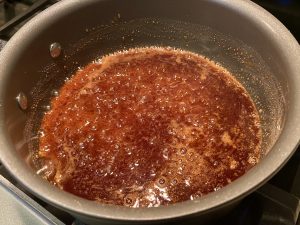 You could also substitute strawberry jelly for raspberry jelly, this is just as good!  I’ve never tried the recipe with grape jelly, but I imagine it would be delicious!

Pour the dipping sauce into little containers and serve on the side of each sandwich.  If you want to be extra fancy, you could dust the top of each sandwich with a little powdered sugar.  By this point, I’m usually so hungry from all the yummy smells in the kitchen that I skip the powdered sugar and instead, dig right in! 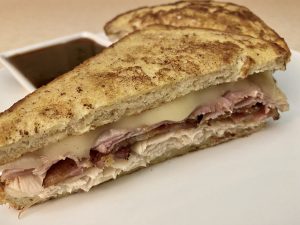