French Onion Soup is one of my favorite soups, so I thought, why not try to make a slight variation and create a tasty weeknight meal.  The end result is French Onion Chicken Skillet.  It’s made with caramelized onions, juice chicken, yummy broth, and deliciously melted cheese.  It’s a great meal option and leaves you with some tasty leftovers. 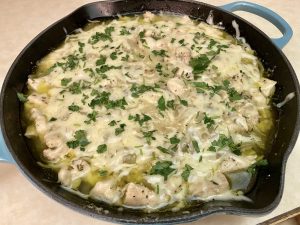 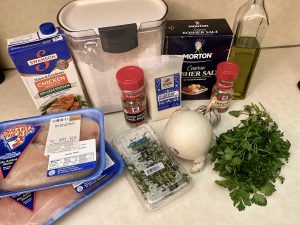 Start by heating oil in a large skillet over medium heat.  Add the onion and thyme, and season with salt and pepper.  You can adjust the seasonings to your taste later on in the recipe.  Cook, stirring occasionally, until the onions start to caramelize.  This should take about 15-20 minutes.  There is nothing better than the aroma of onions caramelizing and knowing you will get to enjoy every last morsel! 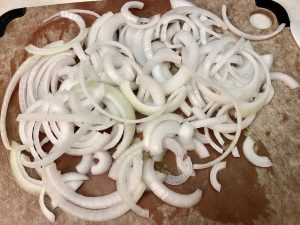 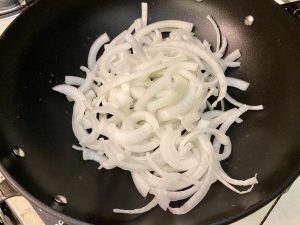 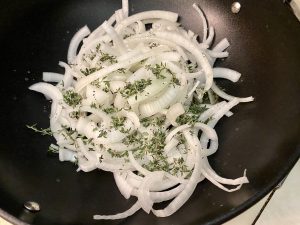 Add the garlic to the skillet and stir to combine (another amazing smell!).  Cook for 1-2 minutes, then turn off the heat and set the skillet aside. 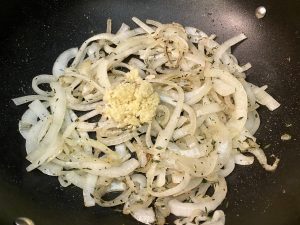 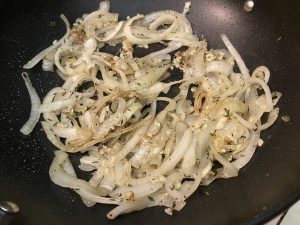 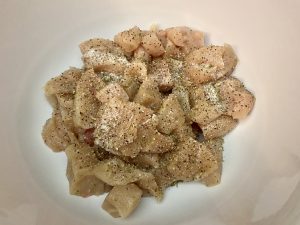 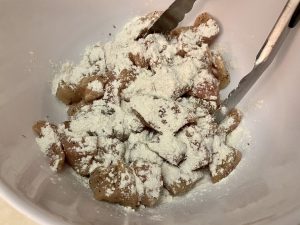 Add oil to a separate skillet and heat over medium heat.  Add the chicken and heat until cooked through (internal temperature of the chicken is 165 degrees F). 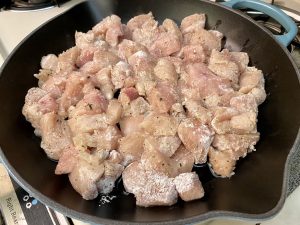 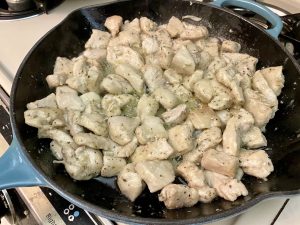 Add the broth and caramelized onions.  Bring the mixture to a boil, then reduce the heat to simmer.  Let simmer for about 10 minutes.  The broth should reduce slightly. 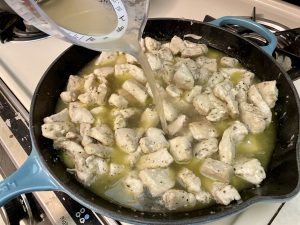 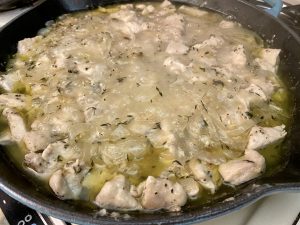 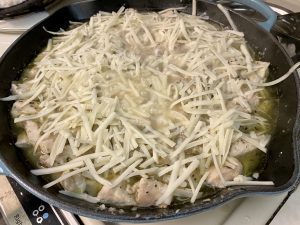 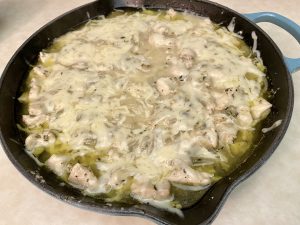 Remove from the heat and serve warm, garnished with fresh chopped parsley.  Enjoy!

I also like to serve some fresh sliced warm bread on the side or with breadsticks to dip into the broth.  You could also serve this dish over a bed of rice.

I hope you enjoy this alternate way to make French Onion Soup!