The Minnesota State Fair is in full swing.  Do you plan on going?  I know a lot of people that plan on attending the fair and a lot of people that don’t, for various reasons.  I sure love the fair and missed not being able to attend last year.  Unfortunately, this year, it’s also not in the cards for me.  However, that doesn’t mean I can’t enjoy some delicious fair food at home, and you can do the same! First off, I want to share with you a link to a blog I wrote last year.  The blog is called Your Favorite MN State Fair Food…at Home, because that’s what the blog is about – creating and enjoying all the classic state fair foods in the comfort of your own home.  I wrote this blog because the fair was cancelled last year and wanted to give everyone the option of … Continue reading →

Today is National Waffle Day and what better way to celebrate than with some yummy waffles!  Traditional waffles are best when smothered in syrup or topped with fried chicken or fruit.  I bet really anything would be delicious when paired with a waffle 🙂 but I thought it would be fun to try something different.  I’m making Cinnamon Roll Waffles and Hash Brown Waffles to enjoy while observing this fine holiday! Cinnamon Roll Waffles are exactly what you think – waffles made from cinnamon rolls.  These are SUPER easy to make and take about the same amount of time as a traditional waffle when using a waffle iron.  Still undecided?  You don’t need to make any batter because you are using refrigerated, store-bought cinnamon rolls. Open a can of Pillsbury Grand! Cinnamon Rolls and pull each roll apart.  I like to set them on wax paper, so they don’t stick … Continue reading →

For many years I thought the word “slider” meant a tiny hamburger, but boy was I wrong!  Sliders are small sandwiches made with slider rolls that come in a variety of flavors, and they are all the rage.  Think meat and cheese melted together in the oven on a crisp roll – yum! I can attest that all the recipes I’m about to share with you are not only delicious but easy to make.  You can even customize for various occasions – Kentucky Hot Brown Sliders for a Kentucky Derby Party, Apple Turkey Cheddar Sliders using the apples you purchased at the Apple Orchard, Chicken and Waffle Sliders when hosting brunch, etc.  You get the idea 🙂 Ham and Swiss Sliders are probably the most common slider (in my world at least).  These are filled with juicy ham and Swiss cheese nestled in a Kings Hawaiian Roll.  The tops of … Continue reading →

It’s the time of year for all the pumpkin flavored lattes, pancakes, cookies, pasta, etc. starts popping up.  If you can eat it, I’m sure someone has tried adding pumpkin flavoring to it!  It’s a craze that I’m more than happy to participate in 🙂 But, another fall favorite I don’t think gets enough credit is apple cider. I thought it would be fun to do a taste test of pumpkin vs apple cider with breakfast foods to see which the fan favorite is.  I made the same two items with both flavors. Apple Cider French Toast Apple Cider Waffles Pumpkin French Toast Pumpkin Waffles   All recipes are made the traditional way, except you either add pumpkin or apple cider, or substitute it for another ingredient.  I chose to make french toast sticks and sliced the bread into 3 pieces, but you can leave the bread whole if you prefer.  I also used a … Continue reading → 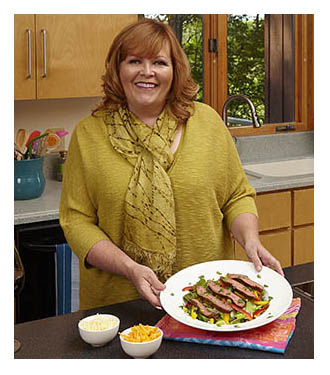 We wanted a simple meal for our Friday night dinner that we knew would run late with everyone traveling to the cabin after work and decided that we would do a grilled cheese sandwich celebrating the flavors of summer. The luscious Minnesota grown tomatoes caught our eye and we settled on Caprese Grilled Cheese Sandwiches on sourdough bread. Rather than toasting the bread slices we buttered the outside of the sandwich and placed on a griddle to make them golden brown and layered sliced fresh tomatoes, fresh basil leaves and thick slices of a Mozzarella ball sprinkled with some Kosher salt. We were feeding a crowd so to speed things up we placed the assemble sandwiches on a baking sheet and covered with heavy foil and placed in the oven at 350 degrees to melt the cheese. We sliced avocados to have them available for those that chose to … Continue reading →